There was some strange activity that happened specifically in Gmail in July 2017 that affected the performance of the subscribers and obviously caused some great concern among the community.

Basically, what happened was, in early July, Gmail subscribers who had an audience reach have been active in social media stating that most of their email newsletters ended up in the spam box of a sizeable number of their followers without prior notice or explanation from Google.

One such subscriber is Glen Allsopp. For those who don’t know, Allsopp is the blog author of ViperChill, a blog that covers topics such as viral marketing, SEO and gives some blogging advice here and there. Allsopp went to his twitter and expressed his concerns about this instability and the possible subsequent hit on his online performance. He was then relieved to know that this issue did not only happen to him but to others as well, so he sought to contact Google to clarify the matter for the sake of each and everyone concerned. After a little bit of theorizing, he surmised that the culprit was the new Gmail feature which warns users that the person whom you’re sending an email reply to may be phishing.

After some correspondence with Google, Allsopp got a reply from them saying that this issue was due to a bug that has been already fixed, presumably at the time of the reply. Although the precise nature of this bug is unknown as of yet, this issue was something that has not happened since the middle of July, after Allsopp got his email reply from Google.

Another issue that caused quite the stir in the SEO scene happened in July 10 when reports have been going around that there were signs of algorithm changes in the charts. In a nutshell, these changes messed around with the SERP rankings of marketers and the SEO tracking tools like MozCast and Accuranker were all showing signs of volatility. Around the middle of the month, Google acknowledged these changes and were aware of the volatility issue that had been happening and commented on this by stating that “An incremental improvement in Google’s logging system now provides better accounting for results in lower positions. This change might cause increase in impressions, but also a decrease in average positions. This change only affects Search Console reporting, not your actual performance on Google Search.”

Simply put: it’s a new change in the feature of how Google measures the data in the lower positions that doesn’t have any effect on the marketer’s rankings. So while the change may be reflected in Search Console reports, it won’t influence actual search performance.

Also, in July 18, Google launched Google Hire. It’s a new recruiting app that would help job-seekers and employers alike. Google Hire makes it simple for you to recognize talented people, construct solid candidate relationships and effectively deal with the interview procedure from start to finish, from both ends of the transaction. It coordinates consistently with G Suite applications like Gmail and Google Calendar, which more than 3 million businesses utilize, many of these apps help ease the employer’s recruiting endeavors. With the introduction of Google Hire, users can now have a hiring application together with G Suite’s natural, simple to-use features that can enable them to run a proficient selecting process for their companies.

customers, FL, google, marketing, naples, seo
What You Missed on Google Last Month2017-08-152017-08-15//www.orgetus.net/wp-content/uploads/2014/01/ORgetUS_Logo.pngORgetUShttps://www.orgetus.net/wp-content/uploads/2017/08/what_you_missed_last_month.jpg200px200px
Recommended Posts
ORgetUS Marketing Simply Clever!
We are a marketing company based in Naples, FL. Our mission is to help small businesses succeed. Contact us to see how we can build your online presence and get the most out of your marketing efforts.
Recent Posts
Follow Us On:

How To Start Using Video In Your MarketingMarketing, Naples FL 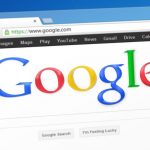 You Are What Google Says You AreGoogle SEO, Marketing, Naples FL
This site uses cookies to improve the user experience, by continuing to browse this site you AGREE to our use of cookies.OK