How to attract the attention of customers and even just onlookers has been a perennial challenge for marketers, advertisers and merchants ever since the dawn of trading and commerce. There have been many strategies and hacks that were used over the centuries but capturing the fleeting attention of the masses has been elusive at best. Rarely do you ever find a business or an organization that has a good sway over the attention and trust of the consumers and those who do are the exceptional ones that succeed in the realm of business.

However, there’s one start-up that specializes in a tracking software who may have found a glimpse to the answer of this most mind-boggling and often times frustrating question. And the funny thing was they stumbled upon this almost by accident.

What happened was that they put up a survey online. The problem was they had to launch this survey during the holidays when it was difficult to attract attention online and it was especially difficult for them since they were a B2B SaaS company.

But during that launch where they had to do it in the holidays, the pressure was on them to get more creative in attracting people. They brainstormed until somebody suggested giving away a dozen cupcakes to 10 survey participants and that’s what they did. However, what they didn’t expect was the overwhelmingly positive response from the people. They constantly received emails from people hoping that they were the ones chosen for the cupcakes. People tweeted excitedly about the promotion and when the winners were chosen and were sent the cupcakes, they posted pictures of them enjoying their cupcakes in social media. “The response to the cupcake campaign was completely out of proportion to the $50 cost to us”, a company member admitted.

The response was so overwhelmingly positive that they decided to incorporate the cupcake giving to their other marketing initiatives. This company had a webinar program where they sent Ipads as an incentive to invited people who invited their friends along with them. So, they got rid of the Ipads and replaced them with cupcakes and their attendance rate went off the roof.

So, this may be the very answer we marketers been looking for this whole time, the greatest marketing strategy of all time. If you’d like to bring over people to do something for your business, give them the chance to win cupcakes. Who would have thought?

The reason they think this is so effective is that “people actually want the experience of winning cupcakes more than they want the experience of winning an iPad. Winning an iPad is kind of a lonely experience, tell your co-workers and they’ll probably feel bored or jealous. But winning cupcakes? That’s a community experience. You can gather your co-workers around to share in your success, eat cupcakes together, take a picture. And maybe on some sub-conscious level we all just want that feeling of community more than we want an iPad.”

FL, growth, hack, marketing, naples
The Best Marketing Hack of All Time2017-09-232017-10-03//www.orgetus.net/wp-content/uploads/2014/01/ORgetUS_Logo.pngORgetUShttps://www.orgetus.net/wp-content/uploads/2017/10/marketing_growth_hack.jpg200px200px
Recommended Posts
ORgetUS Marketing Simply Clever!
We are a marketing company based in Naples, FL. Our mission is to help small businesses succeed. Contact us to see how we can build your online presence and get the most out of your marketing efforts.
Recent Posts
Follow Us On: 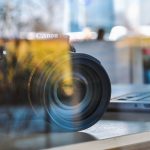 Reasons Why No One is Watching Your Video ContentMarketing, Naples FL 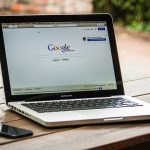 Google Fights Intrusive AdsMarketing, Naples FL
This site uses cookies to improve the user experience, by continuing to browse this site you AGREE to our use of cookies.OK