Ever been redirected to a website after perhaps seeing an interesting thumbnail in another website only to find out that before you can see the actual thing that you’re after you’re treated to a delightful experience of having to see a pop-up ad about a product you’re totally not interested in. And the best part? This ad would have you sit and wait for a few seconds before you’d get the option to close it. Then you may even say to yourself, ‘what a great time to be alive’ before hitting the close button with a genuine smile on your face.

If, by any chance, you haven’t discovered the internet yesterday, we’re pretty sure you’ve had this experience. But kidding aside, no, pop-up, glaring, sometimes disturbing and distracting ads like that are rarely, if at all, pleasant and most certainly prevents a smooth user experience; hence, their name intrusive ads.

The good news is Google has heard the pleas and cries of us lesser mortals and have been active in penalizing web administrators for fostering these intrusive ads. And at the beginning of June, 2017, Google made an announcement to further implement strict rules that would lead to the prevention of these intrusive ads to many more websites. And so far, this campaign has been going well, seeing that we’re noticing less and less of these intrusive ads in the cyberspace. If you ask us, we’re kind of starting to miss them now, not really.

In line with this noble effort, they have released a new tool for that will be used for publishers called Ad Experience Report where it allows users and publishers to provide screenshots and videos of ads that are deemed intrusive to the overall experience of the viewers, in accordance to the Better Ads Standard set by The Coalition for Better Ads. This is all a part of Google’s mission to maintain a better web experience for everyone.

To be clear, this is not an effort from Google to remove all ads completely that will result in the loss of revenue for the publishers and creators. Rather, this is merely an attempt to remove ads that hamper the user’s experience in navigating a website. In fact, Google believes that these intrusive ads encourage users to download ad blocking tools that totally eliminate ads from a website, intrusive or not and with that, the revenue of the site.

And the future looks brighter. Part of Google’s announcement was that by 2018, they plan to have Google Chrome eliminate pop-up ads whenever a user opens a tab on the grounds that they are annoying, “In dialogue with the Coalition and other industry groups, we plan to have Chrome stop showing ads (including those owned or served by Google) on websites that are not compliant with the Better Ads Standards starting in early 2018.”, says Google.

Google also plans to have more coordination with the ad-blocking companies in the future to better explain the importance of ads in terms of a website’s revenue with the hopes that they will agree to whitelist some of the ads that are compliant with the Better Ads Standard.

FL, google, intrusive ads, marketing, naples
Google Fights Intrusive Ads2017-09-242017-10-03//www.orgetus.net/wp-content/uploads/2014/01/ORgetUS_Logo.pngORgetUShttps://www.orgetus.net/wp-content/uploads/2017/10/google_intrusive_ads.jpg200px200px
Recommended Posts
ORgetUS Marketing Simply Clever!
We are a marketing company based in Naples, FL. Our mission is to help small businesses succeed. Contact us to see how we can build your online presence and get the most out of your marketing efforts.
Recent Posts
Follow Us On: 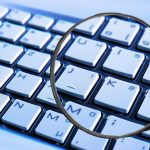 The Best Marketing Hack of All TimeMarketing, Naples FL

Copywriting for ConversionsMarketing, Naples FL
This site uses cookies to improve the user experience, by continuing to browse this site you AGREE to our use of cookies.OK