No, it’s not a pound sign and street payphones don’t exist anymore – welcome to 2017. There are no flying cars yet but we have something called the Social Media. Kidding aside, you may have picked up by now that social media sites like Facebook and Twitter connect keywords in their search results by using the pound sign (#) or commonly called the hashtag. It used to be an exclusively geeky programming lingo but it has since been used in common, everyday discourse by people not necessarily versed in computer programming.

What this does is that by using a hashtag before a keyword, that social media outlet’s search results will reveal all groups and users who used that same hashtag. For example, if you type on the search bar a recent event that everyone’s been talking about of late and then put a hashtag before it, say, #BaconDay, the results will reveal all the people who participated in The International Bacon Day Celebration. All the people who discussed it and took pictures relating to this event will be revealed to you and this gives you a good opportunity to learn more about this event or engage with the people who were involved or celebrated such an event.  To put it simply, a hashtag is something that you can use in case you are interested in creating content or following certain discussion topics or important events.

However, there are things to bear in mind when using hashtags.

-Hashtags are not case sensitive, so #BaconDay will give the same results as #baconday.

-Never use the spacebar

-Punctuation marks are not recognized in the search like commas, exclamation marks, periods, etc.

-hashtags should be brief and concise

Facebook – The site posts trending topics on your newsfeed, the first thing you see after you log in. Searching for a hashtag will list posts and people who used the same hashtag. However, some posts will be hidden from you depending on the settings of the one who posted it.

Google+ – If there is a relevant or a popular keyword, Google can pick that up. What’s unique about Google’s feature is that you can toggle it off if you don’t like it.

Instagram – Hashtags are used to find pictures who used a similar hashtag. This makes its users track their favorite celebrities better. The same principle applies to sites like Tumblr, Pinterest and Vine.

Hashtags can be a relevant tool to reinforce your product or brand and create social cohesion among your customers and subscribers. It’s a great way to gain visibility online and keeps your content and your company relevant to the eyes of the consuming public. If you wish to know more, talk to us at our website, there will be experts willing to entertain your questions and more.

FL, hashtags, naples, social media
Hashtags Are Keeping People Connected2017-11-052017-11-15//www.orgetus.net/wp-content/uploads/2014/01/ORgetUS_Logo.pngORgetUShttps://www.orgetus.net/wp-content/uploads/2017/11/hashtags_connecting_people.jpg200px200px
Recommended Posts
ORgetUS Marketing Simply Clever!
We are a marketing company based in Naples, FL. Our mission is to help small businesses succeed. Contact us to see how we can build your online presence and get the most out of your marketing efforts.
Recent Posts
Follow Us On: 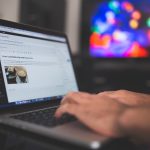 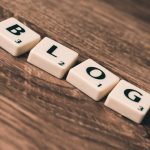 Why Your Website Needs a BlogMarketing, Naples FL
This site uses cookies to improve the user experience, by continuing to browse this site you AGREE to our use of cookies.OK